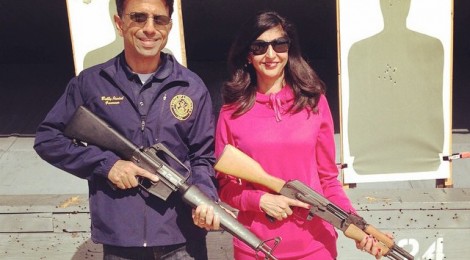 On July 15th 2015, Lousiana governor Bobby Jindal announced his presidential campaign, becoming yet another member of the crowded Republican field.  Interestingly enough, Jindal is the only Asian American presidential candidate between both parties.  Despite being the fastest growing demographic in the United States along with comprising 6% of the population, Asian Americans haven’t been represented by a member of their own in presidential elections.  Considering that Bobby Jindal is the second Asian American to run for president from a major party since Hiram Fong in 1964, one might wonder how well he represents the Asian American community in both his personal views about race and his policy stances.

From past statements and actions, Bobby Jindal has demonstrated that he is uncomfortable with his Asian American heritage and would rather hide his ethnicity.  For starters, his first name is actually Piyush.  Jindal renamed himself Bobby after watching an episode of the The Brady Brunch when he was four years old.  While it’s not atypical for young children to try to emulate certain characters they see on television shows, it does seem odd that Jindal would carry his self-given name all the way into adulthood.

Secondly, in a 2013 Politico Op-ed Jindal criticized minorities for using terms such as Asian-American, African-American etc to describe themselves.  After talking about the progress the United States had made in race relations, Jindal writes, “Yet we still place far too much emphasis on our “separateness,” our heritage, ethnic background, skin color, etc. We live in the age of hyphenated Americans: Asian-Americans, Italian-Americans…” He then goes on to state “Here’s an idea: How about just “Americans?” That has a nice ring to it, if you ask me. Placing undue emphasis on our “separateness” is a step backward.” Jindal seems like he doesn’t believe in the idea of a separate Asian-American identity.   At the risk of extrapolating too much from his statements, Jindal probably isn’t concerned with issues that specifically affect Asian-Americans such as the perpetual foreigner stereotype and the model minority myth.  To him, the difference between an Asian American and a “mainstream” American is artificial: whatever differences exist between the two identities is the fault of Asian-Americans who continue to make their Asian heritage a major part of their identity.  Most likely then, Jindal isn’t interested in representing Asian American interests because he doesn’t believe they should continue to exist as a group different from mainstream America.  Rather, if Asian Americans simply stopped acknowledging their “Asian-ness” their problems would disappear.  However, roughly 62% of Asian Americans continue to label themselves using their country of origin e.g. Chinese American, Vietnamese American etc.  Jindal’s views on racial identity are not held by the majority of Asian Americans.